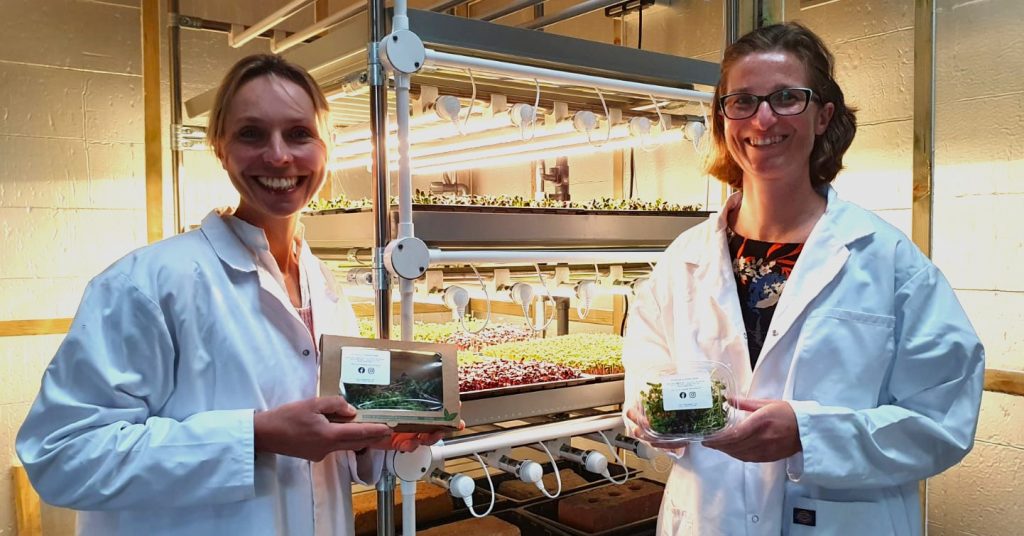 AN INNOVATIVE vertical farming project will grow even further with the launch of a new accelerator programme.

Their success has seen the initiative Scale-Up to include more producers who will receive further advice and guidance, cutting-edge equipment and ongoing business and marketing support.

Promoting food tourism and strengthening the local supply chain in north west Wales, project officer David Wylie, based at M-SParc on Anglesey, says Tech Tyfu will give the agriculture sector a post-pandemic boost.

“We are delighted with the results and positive feedback received from the growers,” he said.

“They have demonstrated there is an appetite for tasty, fresh microgreens while securing sales from restaurants, independent stores and from consumers at food fairs and events.

“The next step is to open this up to more supply chains and measure success in other areas; along the way we will be exploring research and development opportunities and continuing to push the boundaries of innovation to highlight the benefits of vertical farming and open another channel for farmers, businesses, and the food industry to diversify.”

Vertical farming allows growers to control the environment of their crop, which improves water and nutrient use efficiency by up to an order of magnitude, as well as allowing growers to create the conditions necessary to grow out of season crops, reducing pressure on the food supply chain as well as transport, packaging, and refrigeration costs.

Among those taking part in the pilot project was Helen Bailey, director of Baileys and Partners chartered surveyors, based in Tyddyn Du, Llanbedr.

She and colleague Jodie Pritchard launched Tyfu’r Tyddyn Microgreens from a traditional stone barn at her Snowdonia home and have been heartened by the outcome having delivered to caterers, pubs, restaurants, and retail customers including the Old Cheese Market Deli in Harlech.

“We were aware of vertical farms in other areas of the UK so the opportunity to join the Tech Tyfu project was exciting and enabled us to show proof of concept to our customers, something we have a strong reputation for as a company,” said Helen. 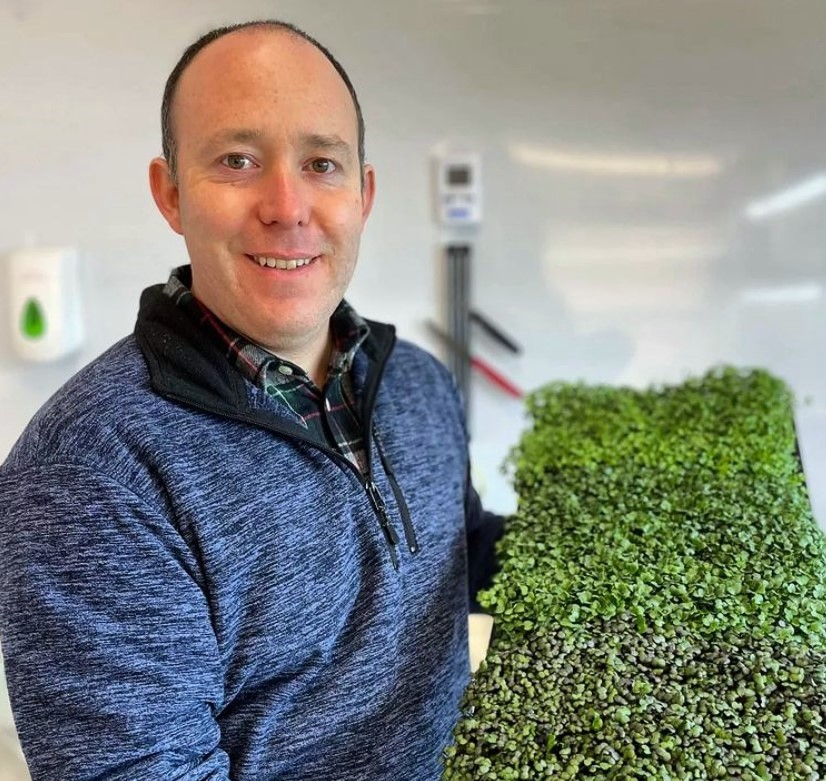 “The topography and climate here in North Wales do not complement conventional growing methods. However, vertical farming in its controlled environment allows you to grow staples such as broccoli, radish, pea shoots and kale – crops not native to this region.”

She added: “We will be working with allotment growers to encourage vertical farming methods, and, importantly, looking to spread the message about the mental health and wellbeing benefits there are to this.”

Those words were echoed by Warren Priestley, who together with Len and Gareth Griffith-Swain launched Snowdon Valley Farm (Fferm Cwm Yr Wyddfa) in Waunfawr last April.

Warren hails from an organic growing background and was drawn in by the benefits vertical farming could offer, namely the reliability and predictability of harvests, reduced water use and fewer pest issues.

“I had experimented with the concept six years ago on a basic level and noticed the plants started in a controlled environment were stronger and healthier,” he said.

“Working with Tech Tyfu has taken it to another level, they’ve always been on hand with support and advice, organising brilliant webinars with market leaders in the sector and even taking us on a study trip to Light Science Technologies horticulture research laboratory.”

Warren added: “We now grow a good selection of microgreens, herbs and exotic mushrooms having faced a few challenges early on which encouraged us to change the crops from leafy greens. 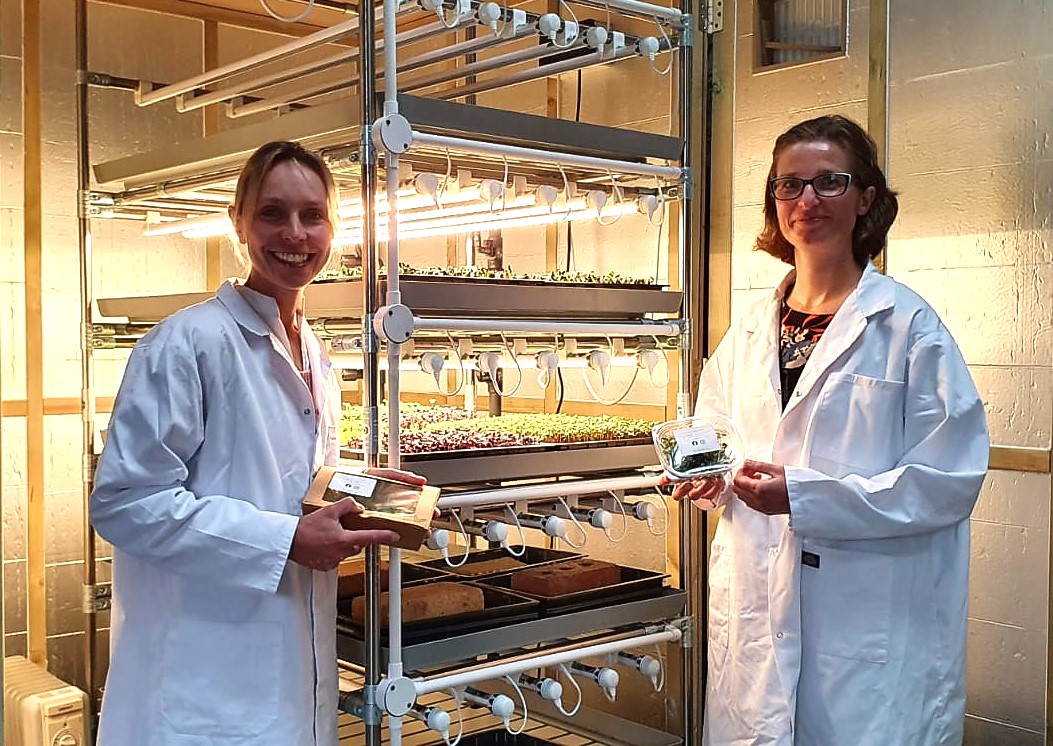 “After testing the market with small quantities, we sold out, and within five weeks business took off to the point we are now at maximum capacity continuously.

“The support we have received from the local hospitality sector has been fantastic and the success of our produce means we will now double the space for growing mushrooms and build a new grow room for microgreens that is five times the current size, with space for research and development.

“Vertical farming is one of the fastest growing sectors and we are fortunate to have Tech Tyfu promoting it. The work they do with schools will normalise this new way of growing food and by doing so the next generation will be able to embrace it.”

Another to embrace the process was Sheena Lewis, founder of Tyfu Eryri, Llanberis.

She began growing micro coriander, pea shoots and a range of microgreens in January and has never looked back. 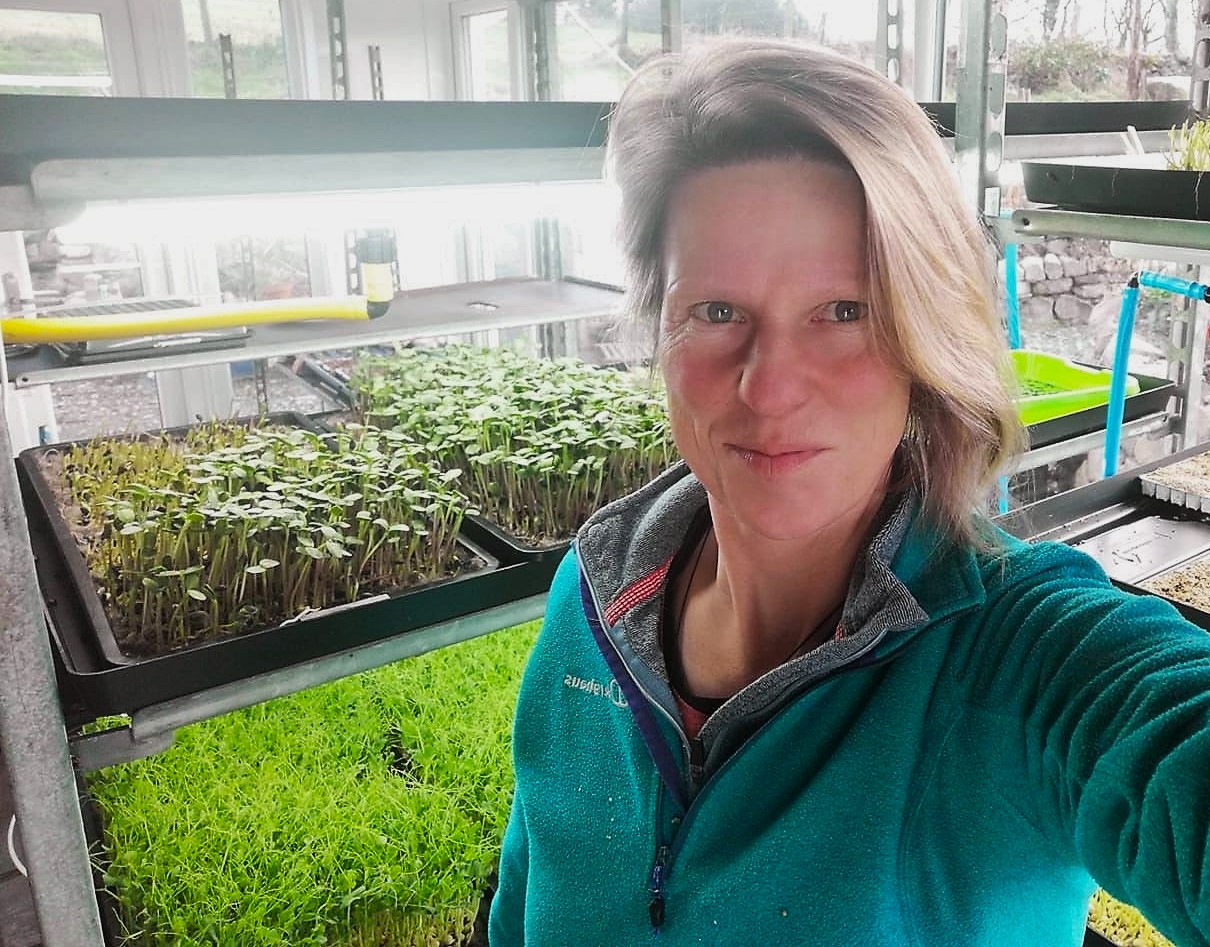 “The pilot scheme has been fantastic, and interest has risen throughout the year, so I now have several volunteers and workers helping me to meet demand,” said Sheena, who also runs a landscaping business and has more than 15 years’ experience in growing.

“The support we’ve received from Tech Tyfu, including the initial research and equipment they provided, has been invaluable to the point we are now scaling-up and really excited to see how things develop over the next 12 months – it’s going to be a lot of fun!”