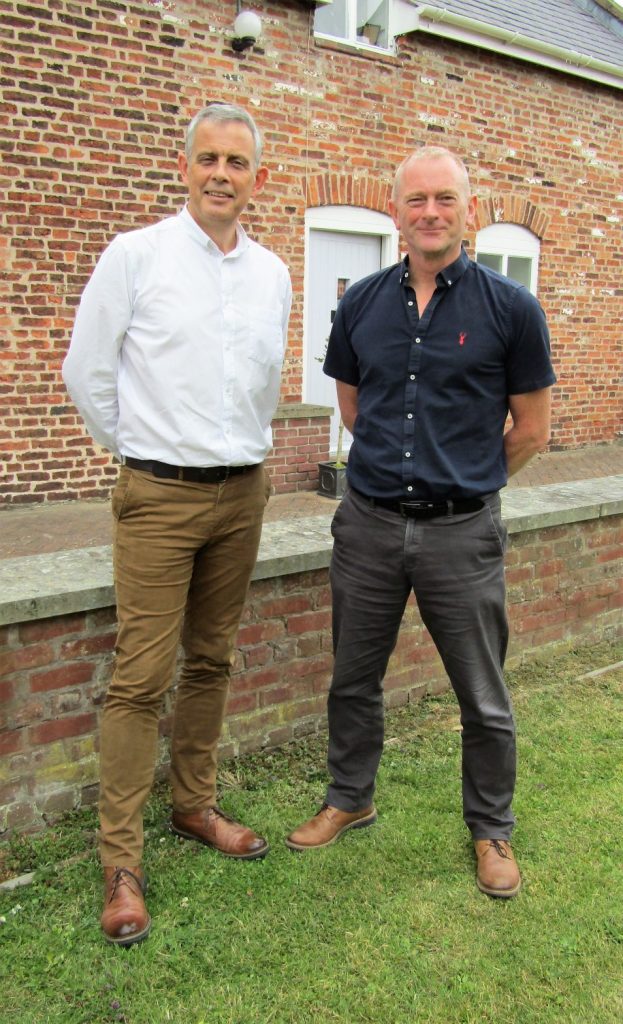 A LEADING architectural practice has laid the foundation for further growth after taking on new staff and unveiling plans for expansion into the north west.

Lawray Architects, which has studios in Wrexham, Cardiff and London, has been at the forefront of advances in the design and construction sector for almost half a century.

Directors Keith O’Hanlon and David Hughes lead the North Wales team and have an impressive list of buildings in their portfolio.

Among them are the Centre for the Creative Industries at nearby Glyndwr University, the new Welsh Ambulance Service NHS Trust headquarters in St Asaph, the striking re-imagining of Wrexham’s Oriel Gallery for North Wales Police and Coleg Menai’s STeM Engineering Centre.

The award-winning and sensitive conservation of Wrexham Cemetery and the Football Association of Wales’ National Development Centre at Colliers Park in Gresford are further examples of their work.

Add these to a long list of schools, emergency services sites, apartment developments and student accommodation complexes and you can see what an impact the firm has had on the footprint of the region, and beyond.

Currently employing 35 people, Lawray Architects is set for continued growth – including plans for a new North West base – and Keith and David have a clear vision for the future.

“We have seen our commissions increase in the last five years, especially in the North West and the Midlands, and are growing in response,” said David, a former President of the North Wales Society of Architects.

“But for us it’s about doing so in a sustainable manner, building upon the talented team we’ve assembled here in Wrexham and across our other studios.

“Our clients, many of whom we’ve worked with repeatedly over many years, come back to us because we ensure that in expanding we employ people who share our ethos – at Lawray the personal touch and forming relationships is at the heart of everything we do.”

Their ‘people-first’ philosophy contributed to Lawray being named Constructing Excellence in Wales SME of the Year in 2017, an accolade of which the practice – no stranger to design awards – is especially proud.

“This industry has changed beyond all recognition,” said Keith, who joined Lawray Architects in 1984.

“However, one thing that has never changed is our ethos and attitude towards using our abilities for the good of communities, pushing boundaries and doing things differently, doing them better.”

David added: “At some stage it’s likely that you, or someone you know, will have been taught at a school we designed, or been to a hospital, a police or fire station, worked at a business park, or visited a hotel or theatre that Lawray conceived.

“We drive past these buildings and feel a sense of pride at the practice’s significant contribution to the built environment.”

And the environment is a major factor in the sector, notably in recent times.

Keith and David say a commitment to sustainability undoubtedly brings new challenges, but they welcome a more positive focus on conservation and renewable energy.

“It can only be a good thing, and as a result we are designing ever more sustainable and ‘greener’ developments and working on increasingly varied and exciting schemes – not just in North Wales but also Liverpool, Manchester, Birmingham and other areas of the UK,” said Keith.
But while the parameters may change depending on the client and other influences, the methodology is always the same.

“We have the same approach at the beginning of every commission and set off without pre-conceptions,” said David.

“We don’t believe in a house-style, but in the design process. As a result, you’ll see that our buildings and design solutions differ from one project to the next; each a bespoke response to the brief and site.

He added: “Whilst we’ll continue to make technological strides and invest in our infrastructure to keep us at the forefront of current best practice, there is still great joy in sitting with a client over a coffee, scribbling initial ideas and concepts down on paper, developing them with the team and seeing them come to fruition – we would never want to lose that.”