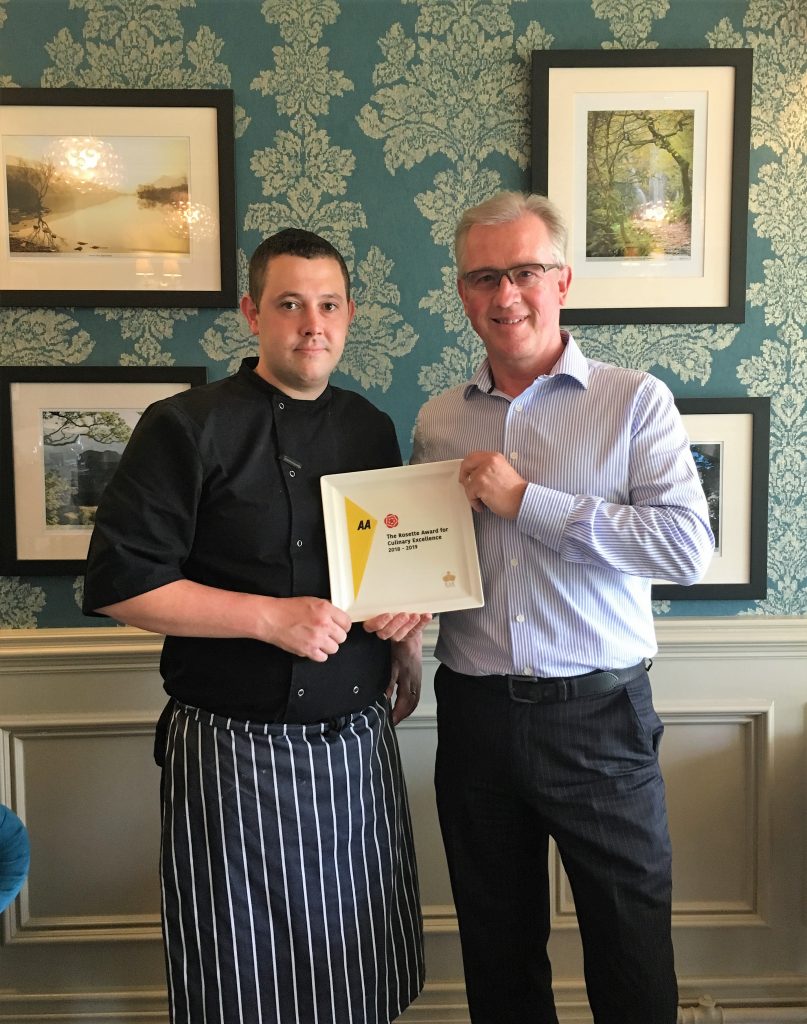 A NEW-LOOK Snowdonia hotel has won a prestigious national award for the quality of its food.

The Royal Victoria Hotel in Llanberis was presented with an AA Rosette just six months after completing a stunning £1million revamp.

General manager Steve Lee praised the team and said the dining and hospitality experience is one of the jewels in the Royal Victoria’s crown.

“To have been recognised for the quality of our cuisine by the AA is an incredible honour,” said Mr Lee.

“This is one of the country’s most prestigious awards, so we are very proud to have been acknowledged in this way, especially given the hard work that’s gone into achieving it.”

He added: “This is the result of three years of dedication by the kitchen brigade; they continually push for quality and consistency under the leadership of Aron, who has been driving them forward for four years.”

The recent refurbishment included upgrades to all 104 bedrooms at the Gwynedd landmark, which employs up to 90 staff.

Taking place over five years, the overhaul also saw improvements to the reception, garden and dining areas and has contributed towards a doubling in turnover.

Affiliated to the Focus Hotels Group, the Royal Victoria was originally built in the 1830s and has been owned by the Ackerley family for over 50 years.

As well as using local ingredients in the restaurant, bosses were determined to incorporate Welsh granite and slate into the décor and fittings.

Mr Lee said: “It’s important to retain that local identity and tradition, which has in turn helped us move towards fine dining and become one of the region’s top wedding locations.

“Supporting farmers and producers is vital, and it means we have the very best ingredients – there is a story behind every plate of food, and we are proud of that.”

Restaurant manager Dylan Eddy added: “We have more than 45,000 guests stay here every year, who come to enjoy the unique scenery, mountains and lakes of Snowdonia National Park.

“We are at the heart of that, and the dining experience gives them an authentic and fresh taste of those surroundings in a warm and friendly atmosphere.

“Winning an AA Rosette is testament to that vision, and we could not be happier to receive such an accolade.”

Clinic prepares for life after lockdown with new treatments and technology