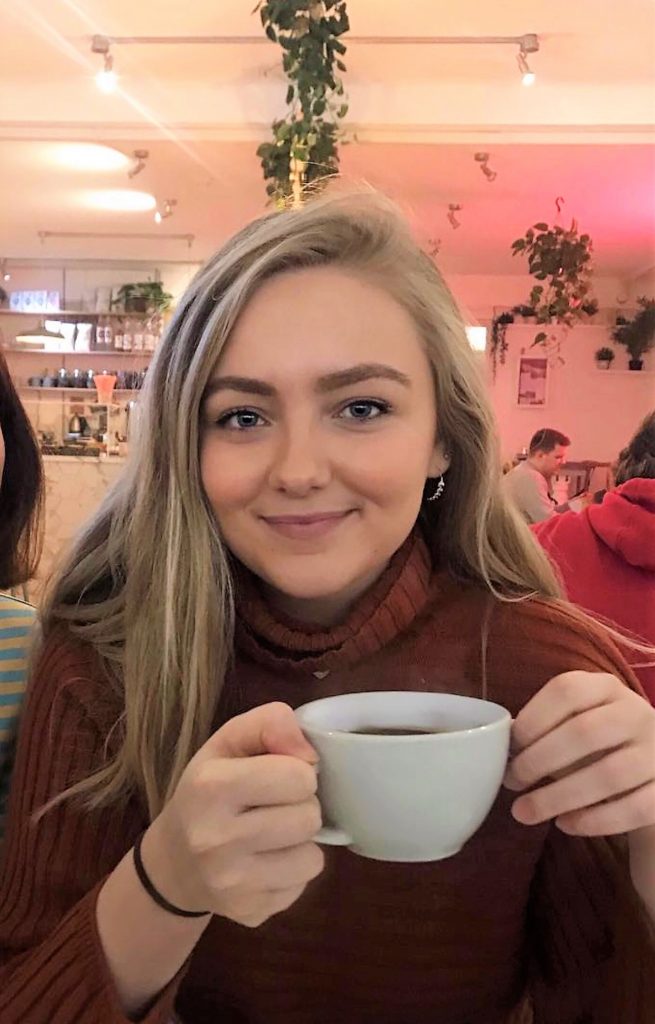 A TEENAGER who successfully battled Hodgkin’s Lymphoma has been inspired to study medicine by the doctors who helped her on the road to recovery.

Charlotte Hawkins is awaiting A Level results in Biology, Chemistry, Maths and Welsh Baccalaureate, before attending university this autumn.

Five years ago the picture looked very different for Charlotte, from Wrexham, when she found a lump in her neck and was rushed to Alder Hey Hospital in Liverpool.

It was there that doctors discovered she was suffering with the life-threatening condition – a cancer of the immune system that develops from abnormal B-cells.

Fast forward to 2020 and the 18 year-old has been given the all-clear, and with the support of tutors at Coleg Cambria Yale in Wrexham, is now pursuing a dream career in medicine.

“I had always wanted to become a doctor, but after being diagnosed with Hodgkin’s Lymphoma at just 13 years old and being cared for by the most incredible doctors and nurses, it spurred me on even more,” said Charlotte, who lives with mum Julie and dad Mathew, and has two older siblings, Joshua and Dannielle.

“I was in Year 8 at St Joseph’s High School in Wrexham when I found the lump, and my family and I were really worried. When they told me what was wrong I was scared, but the staff at Alder Hey were amazing.

“I spent the summer undergoing chemotherapy, then started Year 9 and went through several months of radiotherapy, until things began to improve.

“It’s now been five years and I have the all-clear, so now I am waiting for my results and hope to go to Cardiff University from September.”

Charlotte has been self-isolating during the Coronavirus pandemic and keeping in touch with her former classmates and staff at Cambria, including Chemistry lecturer and Early Applicants Adviser, Nora Richardson.

“They’ve all been so supportive, especially Nora, and I thank them for helping me on the path to my dream job,” she added.

“It hasn’t been easy but I’m in a good place now, I feel healthy and am looking forward to the future.”

Nora said Charlotte’s “inspiring story” struck a chord with everyone in the Yale Sixth form at Coleg Cambria.

“The way Charlotte has recovered from such a serious illness to study A Levels and be on course to go to university later this year is incredible,” added Nora.

“Charlotte is a caring and kind young woman who has the personal qualities to make a compassionate doctor.

“She has shown great tenacity and resilience to achieve her goal and we all wish her well for the future.”