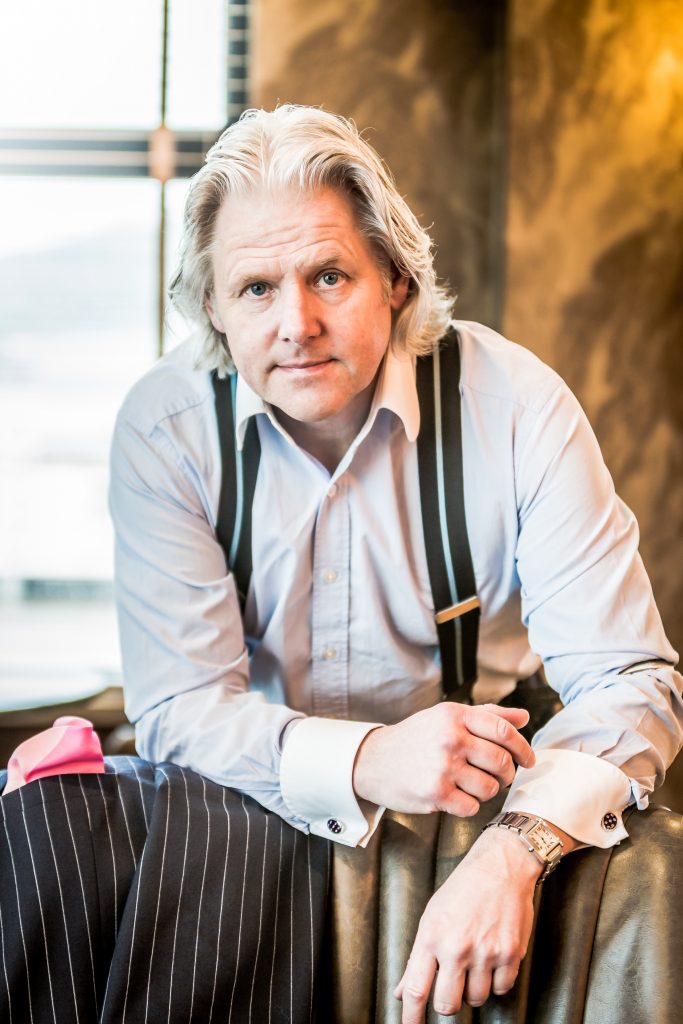 A NORTH WALES developer is to roll-out 20 new shops across Wales in partnership with a national disability charity.

Bearmont Capital has identified sites across the country and will purchase them over the coming months before refitting and revealing to customers and supporters of Sense, a charity that supports people with complex disabilities.

Bearmont CEO Rob Lloyd, from Rhos-on-Sea, says the move will create jobs and make use of empty town centre premises, including the former Royal Bank of Scotland (RBS) building in Mostyn Street, Llandudno.

“Llandudno will be the first retail outlet we launch with Sense as part of this national campaign,” said Rob, who appeared on Channel Four’s Secret Millionaire.

“Mostyn Street is the perfect location and the site is around 1,200 square feet, so we look forward to rebranding and refitting with a new shopfront, ceilings, racking and more. It will be top quality.”

Rob is no stranger to the charity, having completed the London Marathon for them earlier this year, raising up to £10,000.

He also held a memorabilia auction at The Midland Hotel in Manchester with former Manchester United and England footballer Lee Sharpe and is taking part in a daring abseil on Friday (August 2) at Loggerheads Country Park in Denbighshire.

With proposed Sense shops in Denbigh, Colwyn Bay, Abergele and Rhyl in the pipeline, the former Chester-based entrepreneur is now searching for suitable locations in west Wales and the Wrexham area.
“Sense is an amazing organisation doing incredible work across the country, and we want to help them raise their profile in Wales,” added Rob.

“They want to be there for people living with complex disabilities, and to generate revenue via the shops that will be pumped back into Welsh communities, and we are proud to be a part of that.”

Director of Trading at Sense, Adrian Darkin, said: “Sense shops across the country help to raise vital income that supports families and people with complex disabilities.

“Bearmont Capital will help us secure a presence on high streets across Wales, and Sense shops will become local hubs for the community, bringing new jobs and volunteering opportunities.

“Thanks to Rob’s generous support, we will now be able to reach more people, helping to ensure that no one, no matter how complex their disability, is isolated, left out, or unable to fulfil their potential.”