RARE goats won top prizes at a virtual festival of farming and agriculture.

The prestigious event was contested by participants from the across the UK, notably in the Rare Breeds Society Trust’s Native Breed Section.

It was there the Bagots – the oldest and rarest species of goat in the UK – achieved success.

Mystole Ceasar not only placed first in the Male Bagot Classes but was named champion across all the native goat sections.

Northop Scarlet came first in the Native Goats Over Two Years Old, and Northop Tamsin was placed first in the Bagot Goat Over 1 year but under 2 Years category.

And to top it off, a new billy kid has been born at the college’s Flintshire site, to the delight of Animal Centre Manager, Wendy Gacem. 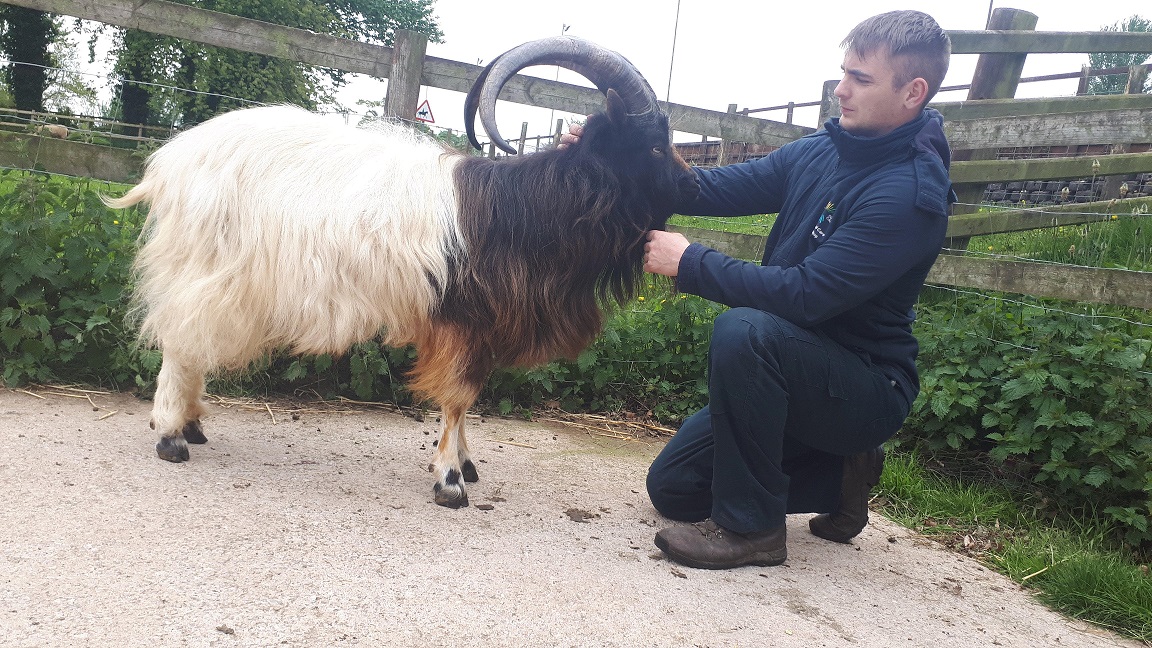 “The competition was an excellent opportunity to show our Bagot Goats and we were made up with the success we had,” said Wendy.

“It has been sad to miss out on the country shows this year, but the online show gave everyone an opportunity to display their livestock and have some fun in the lockdown.”

She added: “It’s been a challenging time for everyone but here at Northop we have had more positive news, with the birth of a little billy kid.

“We’ve called him Steve and he’s is up to all sorts of mischief, clambering over staff and investigating the wheelbarrows and his new surroundings. He’s fantastic.”

As recently as 2010 the Rare Breeds Survival Trust listed the Bagot goat at ‘critically endangered’ because there were fewer than a hundred breeding nannies in the country. 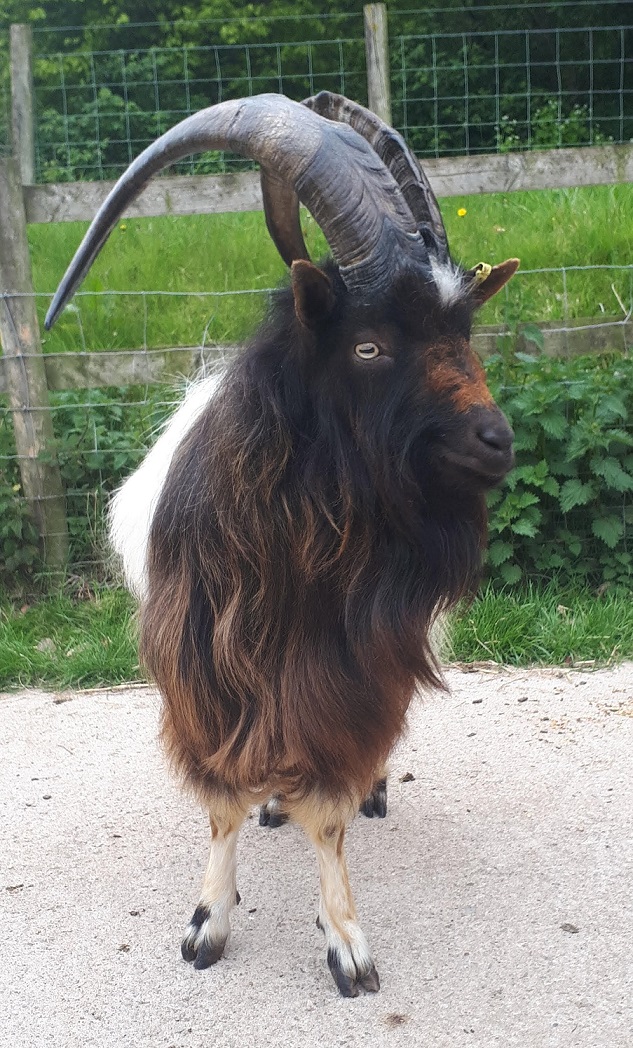 That has recently been changed to ‘at risk’, which was a forward step, though the Bagot is still one of the most uncommon animals on these shores.

“The latest watchlist showed numbers are increasing, and with the help of the Bagot Goat Society and people breeding the goats we are well on the way to having more than 300 registered females in the UK, which is fantastic news,” said Wendy.

“Since starting and promoting Bagots at Coleg Cambria we have had over 25 kids born at Northop and have helped start eight new herds at other colleges and organisations, so we have played our part and are very proud of that.”