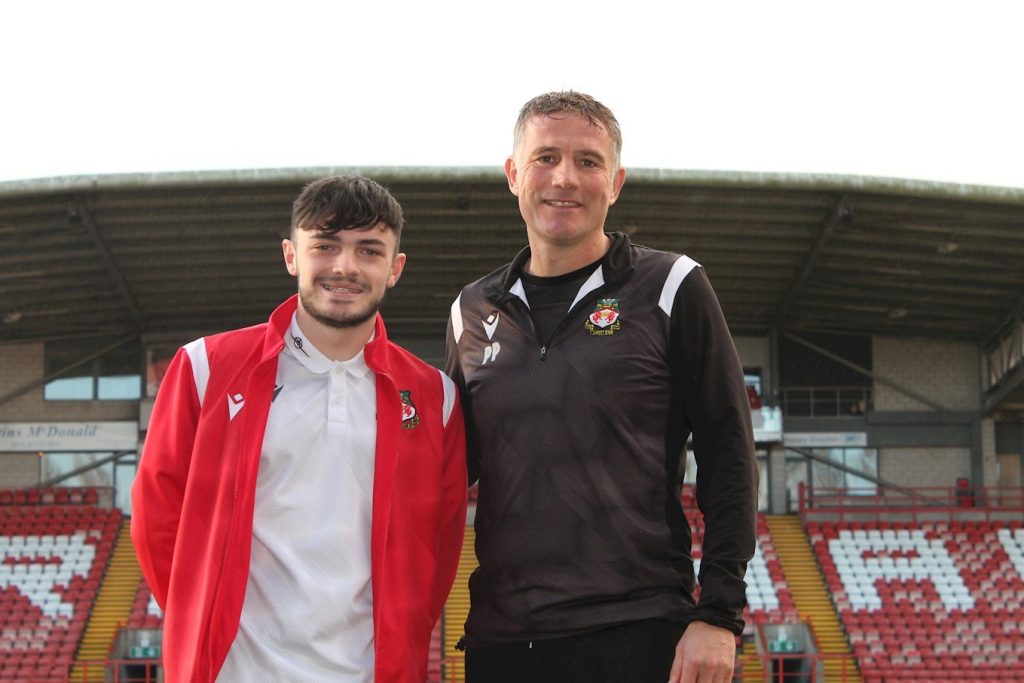 Dan Jones and Tom Jenkins, who are in the final year of a Level 3 Sports Coaching and Development course at Coleg Cambria Yale, have signed for Wrexham AFC.

The Red Dragons are on the rise, targeting promotion to League Two under the stewardship of co-chairmen and Hollywood stars Ryan Reynolds and Rob McElhenney, so it is an exciting time to be part of manager Phil Parkinson’s plans.

Both Tom and Dan are now contracted until the end of the 2022/23 season and hope to play a part in the side’s continued success.

Tom, 18, from Bromborough, is an attacking midfielder and current Youth Team captain who has been with the club for more than a decade.

He said: “It’s been fantastic to train and learn from the more experienced players, and to already be involved at reserve team level in games against some top sides.

“There is a lot of healthy competition, so we look forward to being in amongst it over the next year and progressing further.”

Dan, 18, a tenacious striker and supporter of his hometown club, added: “I’ve been a fan all my life and my family are as well so it’s a dream come true.

“We would both like to thank the college for their support, the course has been really enjoyable and it’s great to have achieved this qualification for the future. 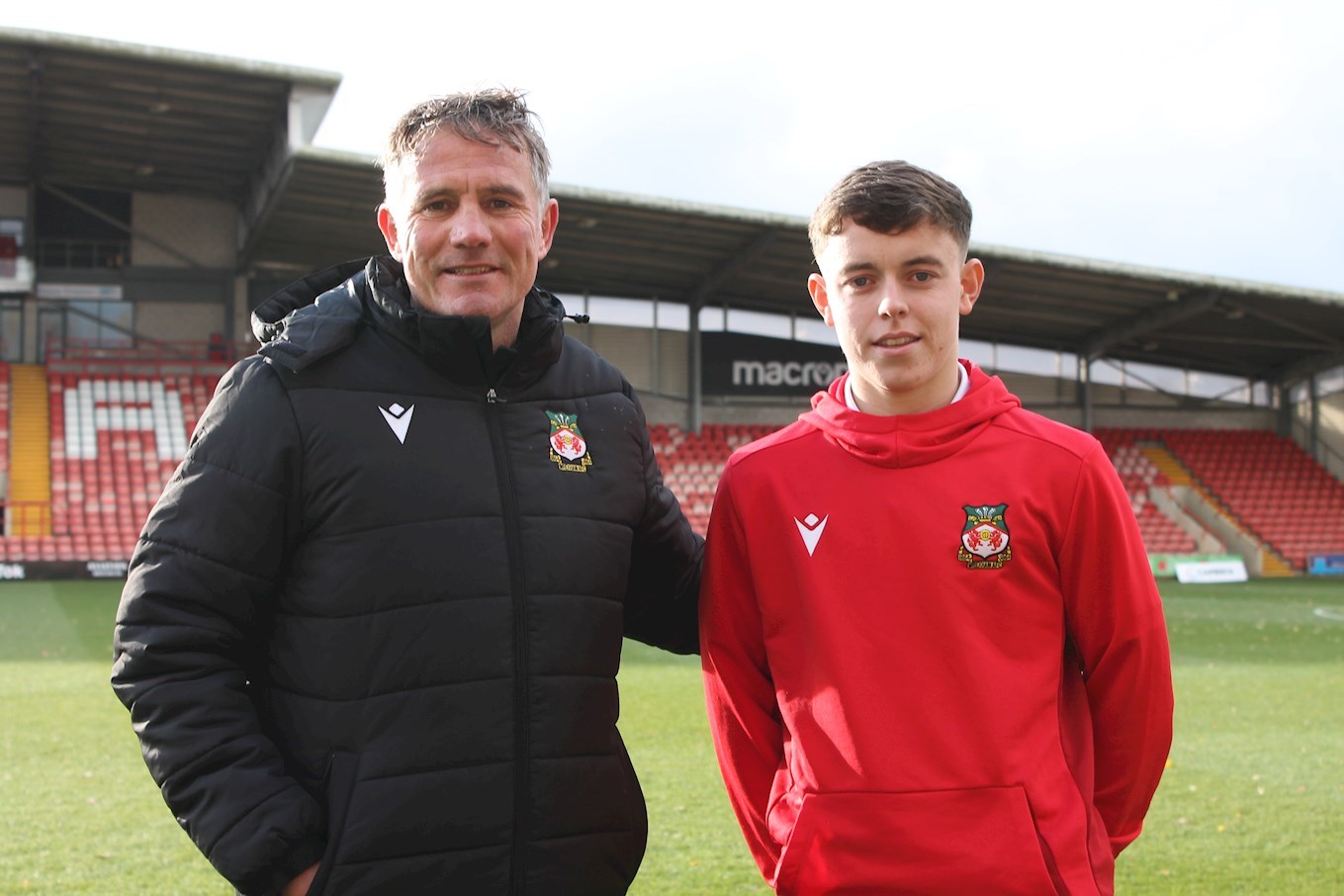 “Our aim now is to keep working hard and have an impact as the team continues its push for promotion – it’s a fantastic time to have signed.”

Lecturer Aled Ellis said both have successfully balanced their education and training despite the challenges of the pandemic.

“We are thrilled for Tom and Dan, they’ve worked hard on and off the pitch and deserve to go on and have great careers in the sport. We wish them well for the future.”

Wrexham AFC Manager Phil Parkinson congratulated the players on their contracts, adding: “I think it’s a great indication from the co-chairmen that they want to build the youth structure going forward.

“There’s been a lot going at the Club as everyone knows, in all departments, and this proves to the players in the youth setup that they’ve not been forgotten. There are plans to improve the youth setup and we are working towards that – but what is key, is to keep the best players.

“Now these young players have got pro contracts, it’s congratulations to them – a lot of footballers set out at all age-group levels to become pro footballers, and it’s a very small percentage who get professional contracts.

“So that itself is an achievement, but it is just the first step on the ladder and the hard work really does start now. Now is the chance to step up, to push their way into our thinking and to edge towards the first team.”