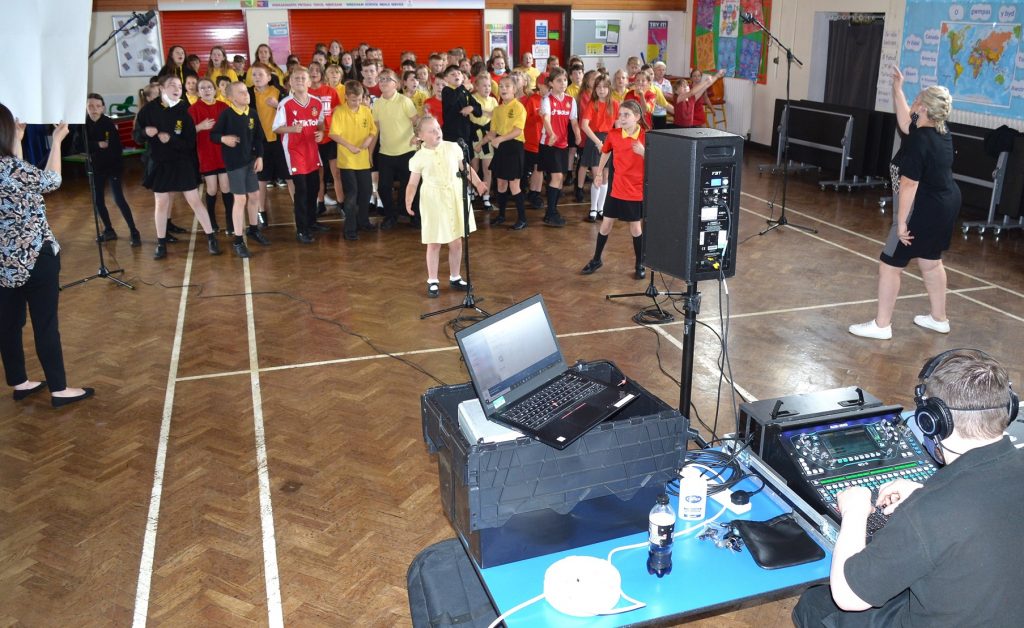 THAT’S A RAP! An inspiring song written by poetic pupils will live on forever thanks to Wrexham Sounds.

A talented group of more than 80 learners from St Peter’s Primary School in Rossett recorded the track – One Hotdog and a Massive Kit Kat – with representatives from the Rhosrobin music studio and Darren Hughes, director of Pivotal Sound and Lighting.

Written by and starring children from different years, the rap follows Wrexham AFC’s attempt to win the FA Trophy while paying homage to Hollywood owners Ryan Reynolds and Rob McElhenney, star striker Paul Mullin, and referencing teachers, landmarks, and their favourite things about the city.

Wrexham Sounds General Manager Olivia Gallagher was impressed with the finished result and said: “They were so professional and only needed one take! The rap is amazing, and we were just glad to be able to visit them and record if for posterity.

“They are a credit to Wrexham and I’m sure they’ll all continue to write and produce songs that will have a positive impact on the club and their local community.”

Key Stage Two teacher Rebecca Roberts said the experience of writing and recording the rap – which went viral on social media – is one they will never forget.

“We will all remember this day forever and are so grateful to Wrexham Sounds for their support,” she added.

“The rap started with Year 6 before gaining the attention of other children, so we thought it would be nice for everyone to get involved.

“The noise levels throughout the school were very high at times as it was the first thing we had done together since the beginning of the pandemic; it was a release for the pupils in the end.

“The club is a huge part of the community and what’s happened since the arrival of Rob and Ryan has captured the imagination, which is brilliant and made it a fantastic project to be involved in.” 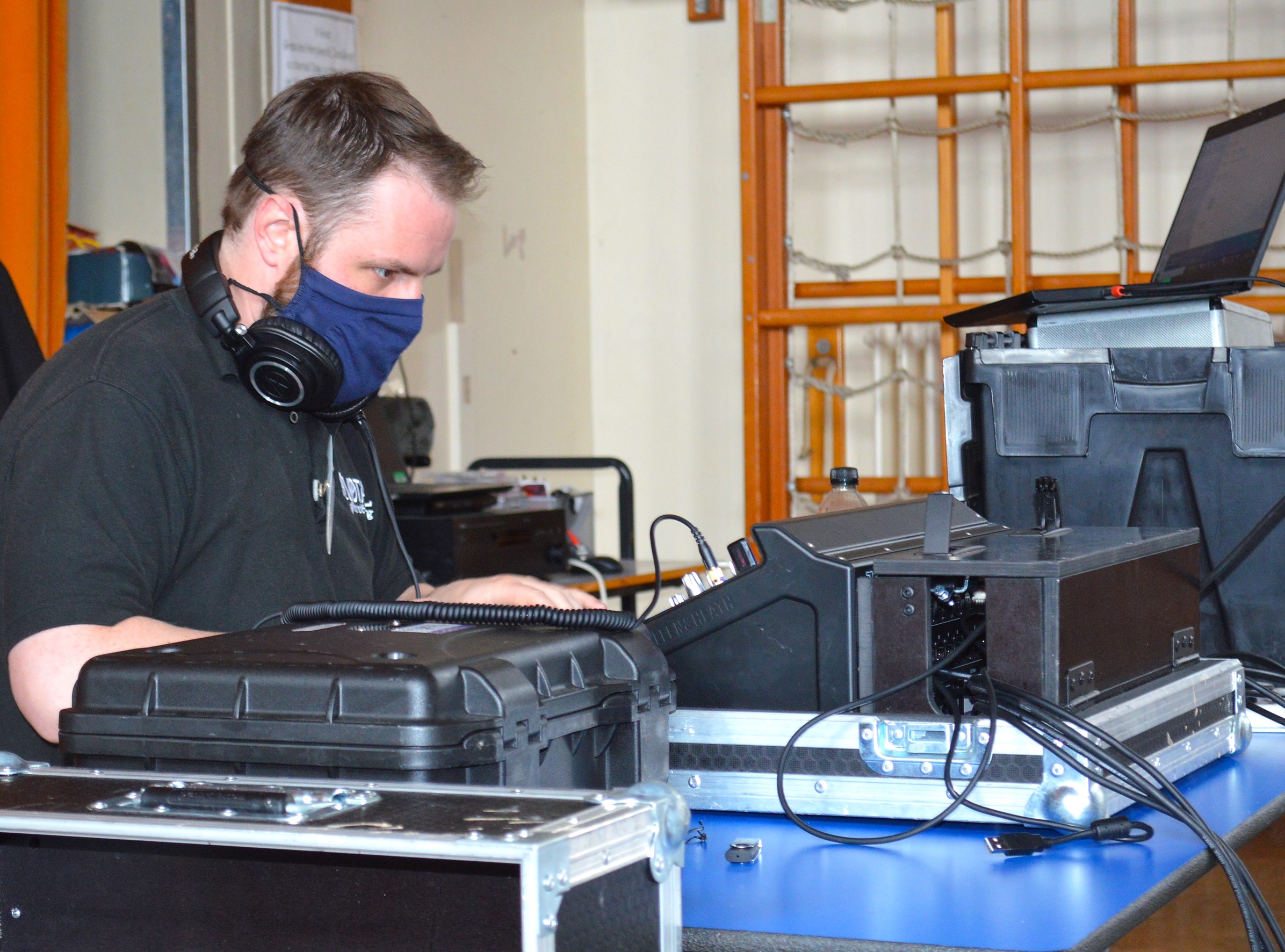 And finally, where did the unique name come from?

“As a family we go and watch Wrexham AFC and one of the pupils saw me there eating a massive Kit Kat!” said Rebecca.

“He said he really wanted a hot dog, and it went from there – that’s how the rap was born!”

She added: “Their energy, the lyrics, it’s all fantastic and we are so very proud of them, it’s shown them that if they put their minds to it, they can do anything.

“Because of Wrexham Sounds they’ll now be able to listen to the rap for years to come – thank you.”

Since opening its doors in February, not-for-profit Wrexham Sounds has made huge progress in forging new partnerships and securing the services of talented freelance musicians and tutors to deliver lessons and activities across multiple genres to disadvantaged young people. 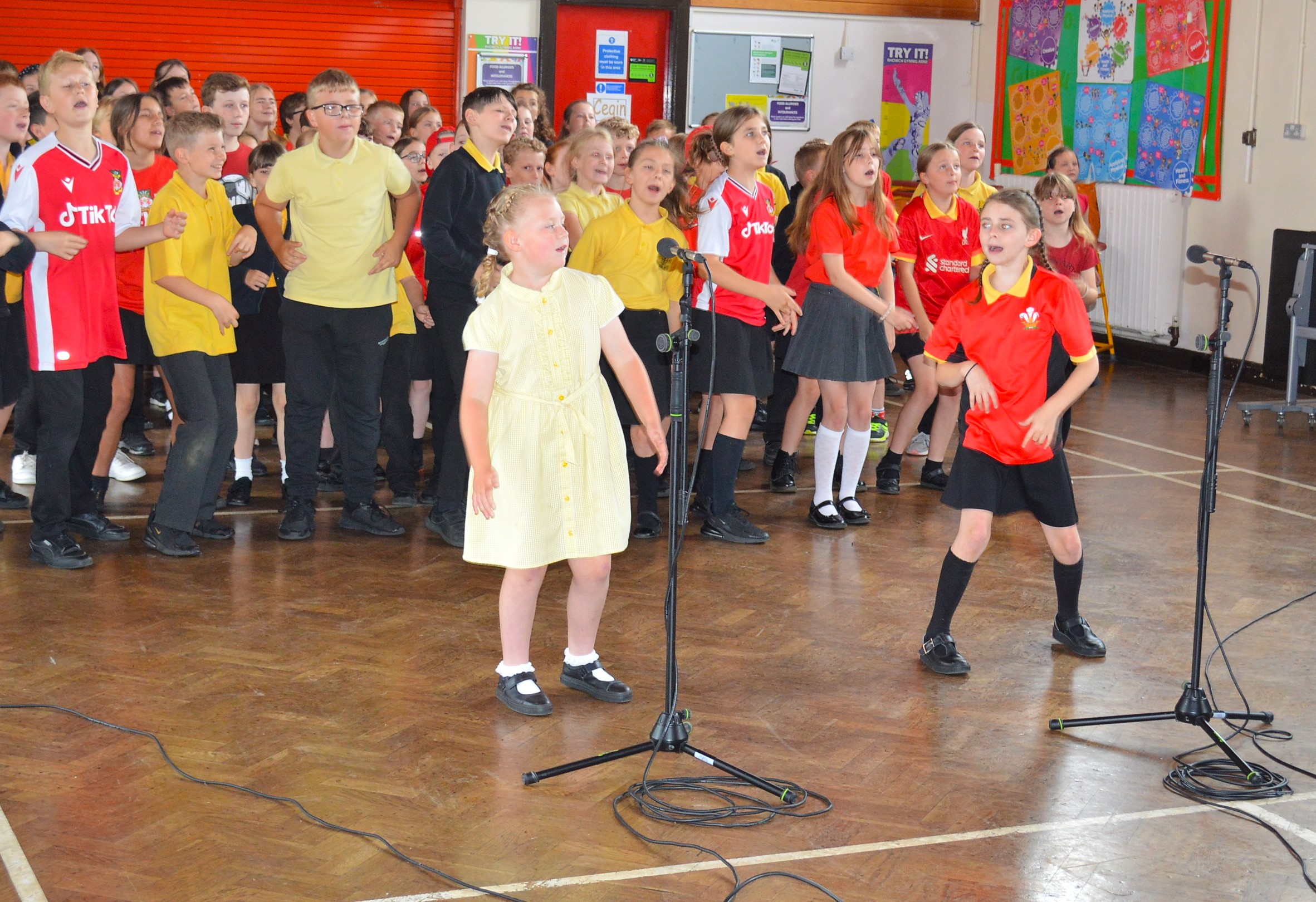 As well as children and teenagers who are referred via a range of local agencies and educators there are sessions for pupils unable to access music lessons at school.