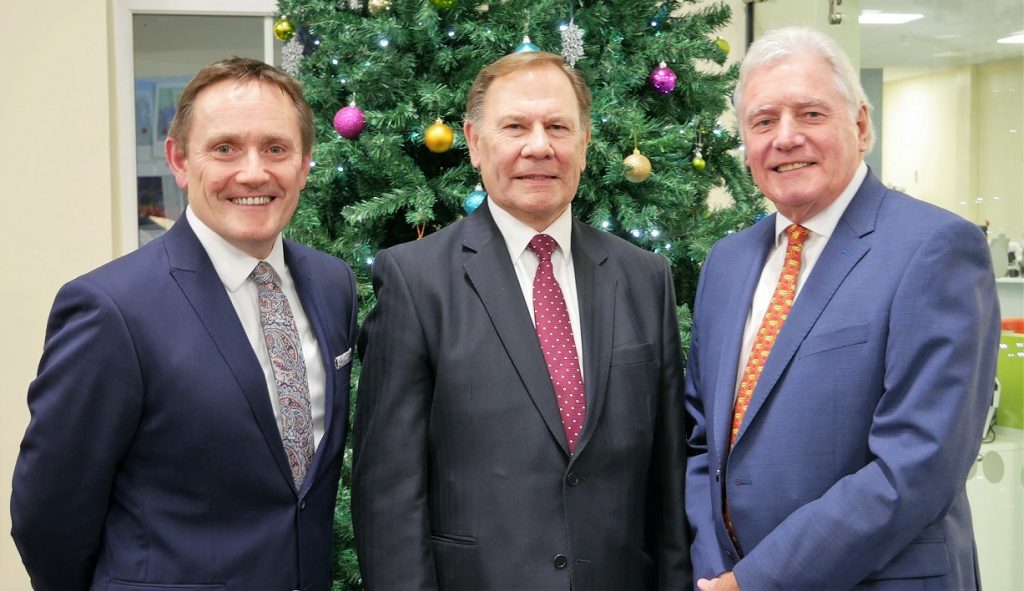 RAY WELLS will say goodbye to Coleg Cambria this week after helping to lead the institution for more than two decades.

Mr Wells, a former manager in the steel industry and quality assessor, stepped down as vice-chair of the Governing Body after almost 24 years with Cambria, and previously Deeside College.

He is respected in UK manufacturing and engineering circles for his contribution to the sector, notably as manager of the Corus Colors Total Quality Business Excellence programme. Since retiring from the steel industry, he has worked with Governors Wales, Local Authorities and Welsh Government to improve the effectiveness of school governance nationally.

“It’s been a privilege to be a part of the college governing body for so many years,” said Mr Wells.

“Governors have faced many difficult challenges, notably the merging of Yale and Deeside in 2013, but the driver for decision making has always been to do what’s best for learners. We can now look back on a period of sustained growth, success and improvement, and look forward to more of the same.

“On a personal note I would like to thank the many friends and colleagues I’ve made at Cambria, particularly for their support over the years, and for the time and effort they’ve committed to build a college the people of north east Wales can be proud of.

“And to the many students and staff, past and present, who have made the college one of the leading lights of the education sector in the UK, I’m proud to have been a part of such a fantastic organisation and wish you all the best for the future.”

John Clutton, Chair of the Board of Governors, said Mr Wells’ contribution to the FE sector in Wales has been “immeasurable”.

“His focus has always been on the success of our learners, and he has given unstintingly of his time and expertise to achieve this aim,” said Mr Clutton.

“As Chair of Governors, I am greatly indebted to Ray for his constant support and commitment to the college, our learners and our staff.

“His departure from the Board will be a significant loss, but his legacy will endure.  On behalf of the Governors, I wish to express our gratitude to Ray for his professionalism, enthusiasm, vision and commitment.  Our very best wishes for the future are extended to both Ray and his wife Gill.”

David Jones, chief executive of Coleg Cambria – who himself steps down this week after more than 20 years with the organisation, and previously Deeside – also paid tribute to Mr Wells.

“Ray has been alongside me throughout this whole journey and been a constant support over the years, inspiring us all with his determination and diligence,” said Mr Jones.

“He has been at the heart of many big decisions and a positive force that helped Cambria get to its current position as one of the top FE providers in the UK. I thank him on behalf of the college and wish him every success for the future.”

Mr Wells was also a governor and past chair of Elfed High School in Buckley and a member of the interim Executive Board of St Richard Gwyn Catholic High School, Flint. He has worked with Save the Rhino and Chester Zoo on a conservation and preservation project in Kenya and was the Link Governor for quality assurance at Cambria.