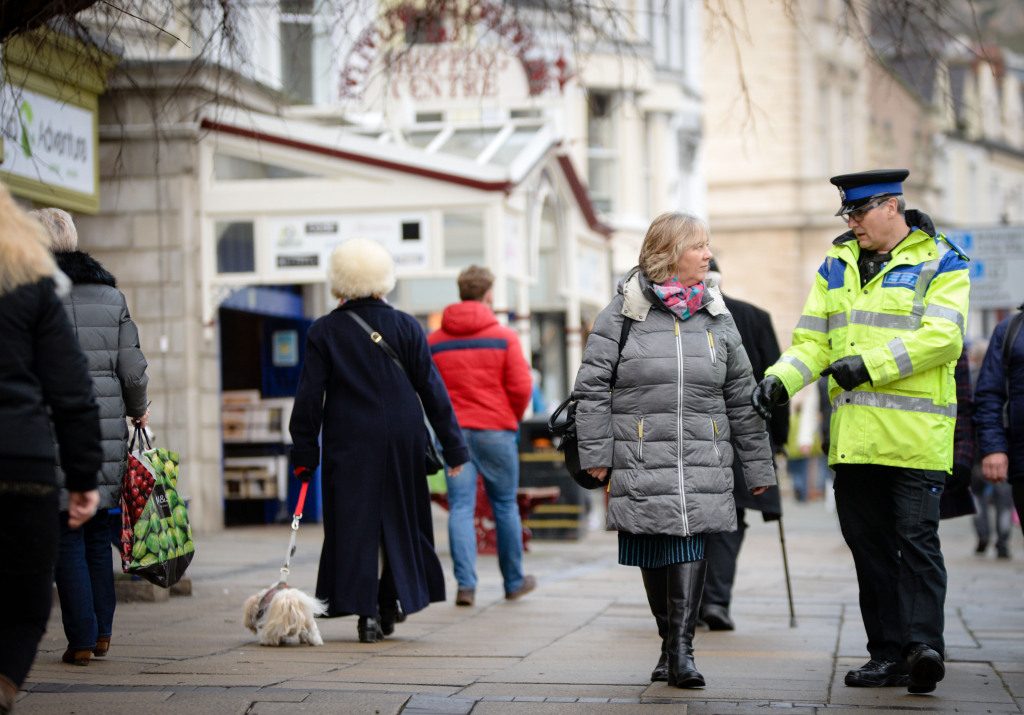 The programme is aimed at prospective PCSOs (Police Community Support Officer) aged 18 above and will blend education at the college’s Deeside site with on-the-job training.

The pilot scheme will be class-based for the first month, then the learners will “buddy-up” with a working PCSO on the beat in north east Wales for six weeks.

At the end of the placement, successful participants will be chosen for a permanent PCSO role.

“It’s an incredible opportunity and experience for anyone aged between 18 and 24 years old who is interested in joining the Police,” said Cambria’s employability mentor, Samantha Moore.

“Over the years a lot of students have shown an interest in the uniformed services, so I’m delighted we are now able to offer them this traineeship.

“Those who are successful will have a ‘foot in the door’ to go on and have a career with North Wales Police if they have the right attitude, are willing to work hard and are determined to progress.”

She added: “In the classroom we will be visited by various speakers, including the Armed Response Unit and police dog handlers, and learn skills including the phonetic alphabet, teamwork, standards of behaviour and more.

“This is a great platform for young people who have a passion for joining North Wales Police. For those who are successful it could be the beginning an incredible career.”

All participants will receive support towards costs, up to £50 per week, and leave with additional qualifications including an NVQ Level 2 Emergency First Aid.

A uniform will be provided, and fluency in Welsh in particular, or Polish, Romanian, Lithuanian or Bulgarian would be advantageous.

Jenny Parry, Head of People and Organisational Development for North Wales Police, said: “We are committed to making a difference to our young people and neighbourhoods, especially those who may not have been fortunate enough to have had the support or educational opportunities which would allow them to apply for North Wales Police through the traditional routes.

“We are excited to be working with Coleg Cambria to develop this programme as it is a great opportunity to provide opportunities for young people to join us who may have thought that the door would have been closed to them.”