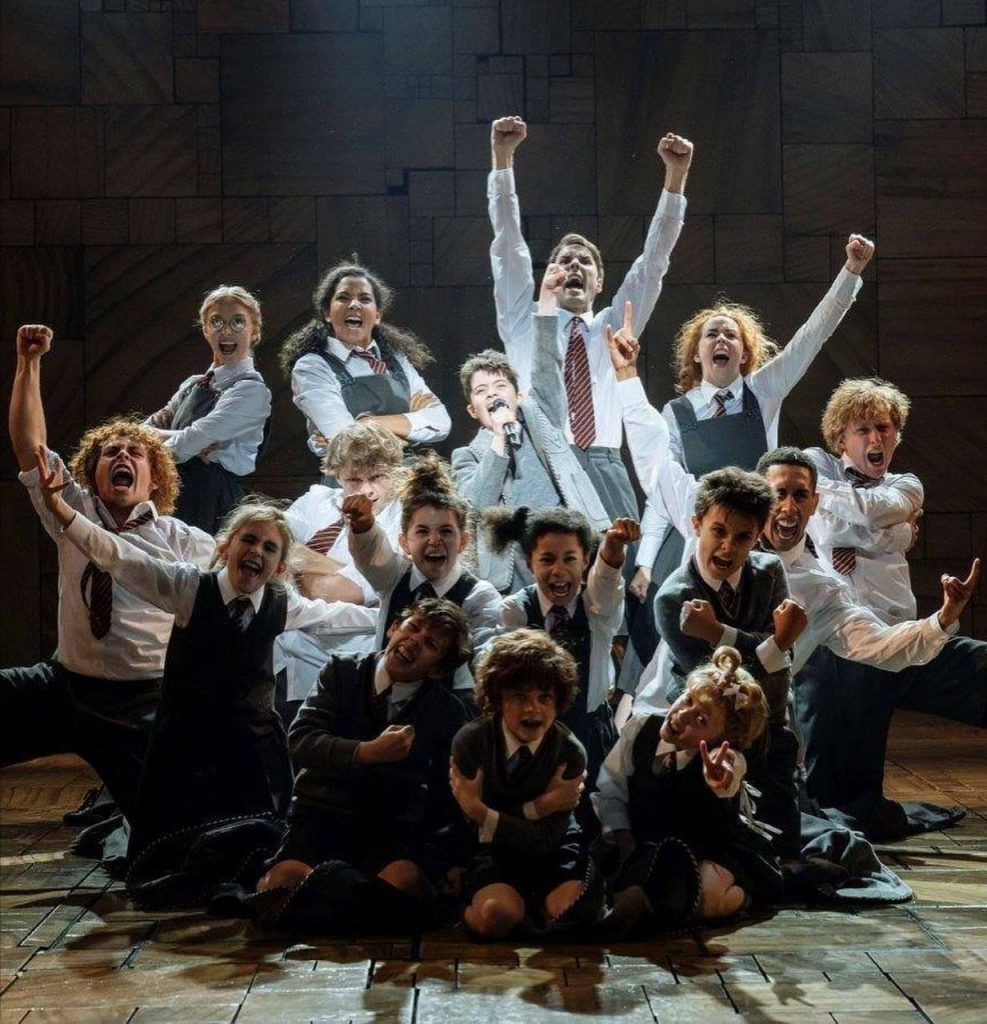 KANE OLIVER PARRY has a driving ambition – for his face to appear on the side of a London bus.

The former Coleg Cambria student may soon get his wish, having made a name for himself in some of the West End’s biggest musicals.

Originally from Rhyl, the 30 year-old is currently treading the boards in the multi award-winning global smash Matilda at the Cambridge Theatre.

Having starred alongside Emma Thompson in Sweeney Todd and been understudy to the lead role of Galileo in an international arena tour of We Will Rock You, Kane has enjoyed an amazing start to life as an actor.

However, he says the “exceptional” lecturers and staff at Cambria’s Yale site in Wrexham gave him the confidence to follow his dreams.

“I studied a National Diploma in Performing Arts at Coleg Cambria and absolutely loved it,” said the former Rhyl High School pupil.

“It was surprising to me when I went on to study further how much I already knew because of my time at Cambria. It was such a good programme and the teaching was exceptional.”

He added: “After Yale I was offered a place at Mountview Academy of Theatre Arts in London but couldn’t afford to go unfortunately, so I deferred for two years and then went later, as I was offered a full scholarship.

“In my third year I was offered my first job on We Will Rock You, which has given me a platform to go on to other fantastic shows.”

They don’t get any bigger and better than Matilda; Roald Dahl’s family favourite was adapted to the stage by the Royal Shakespeare Company, with a score written by Australian comedian Tim Minchin.

“It’s such a good show to be a part of but very tiring because of all the extra rehearsals with the children,” said Kane.

“I play a range of different characters in it from the Doctor to a schoolboy and the Escapologist, as well as being understudy to the lead role of Miss Trunchbull.

“I’m in this production for another year so we’ll see what happens after that.”

He added: “I’ve been fortunate to play some brilliant roles alongside some terrific actors – Emma Thompson was a pretty big deal, so down to earth and lovely – but my favourite is still Robbie the Stockfish in the satirical comedy, Urinetown.

“I don’t really have any big ambitions or particular roles I want to play, but I would like to be on a poster on the side of a London bus one day – I would love that!”

So, does Kane have any tips for the next generation of Performing Arts students at Cambria?

“Go and watch as much as you can, even if you think it’s bad you will still have learned something,” he said.

“And remember, you don’t have to be in the West End or on TV to be an actor or have ‘made it’ in this industry. Just do what makes you happy, and most importantly, be kind.”