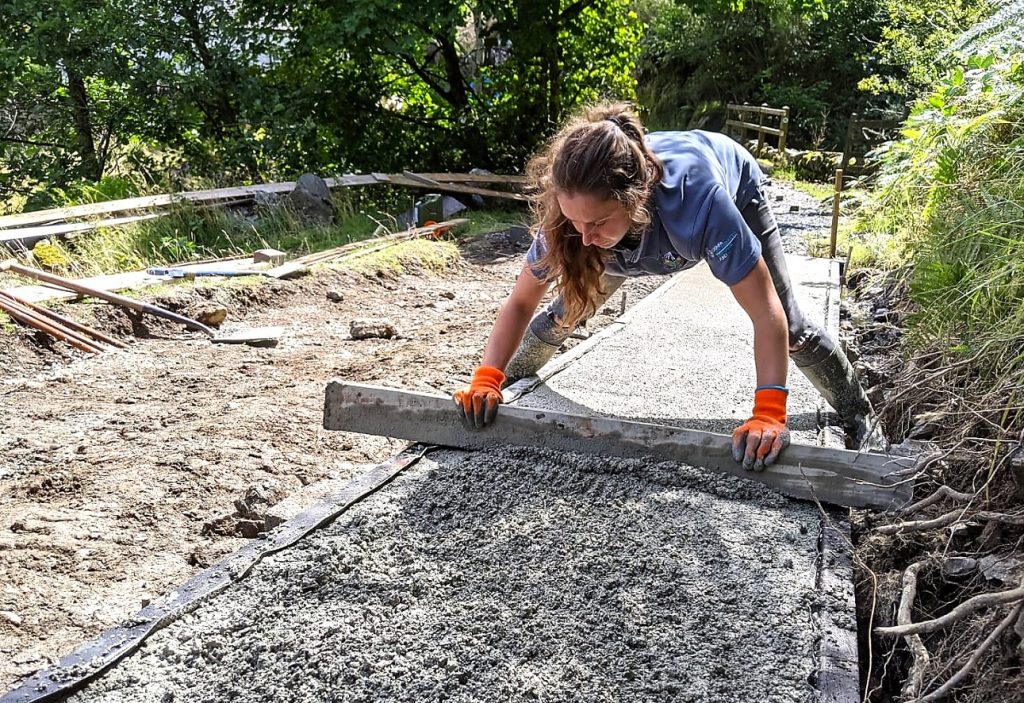 AN APPRENTICE who appeared on a popular TV show is blossoming in her role with a leading conservation partnership.

The 23 year-old has been working alongside National Trust Cymru Ranger Abbie Edwards, and the two of them – who both hail from Bethesda – featured in a recent episode of the flagship BBC programme, Countryfile.

Their work in clearing gorse around an Iron Age hut settlement reported to be 2,000 years old on nearby Moel Faban was watched by more than six million viewers.

Having secured another year with the Snowdonia National Park Authority, Eleri is excited at what the future will bring and thanked Cambria for its part in helping her realise her ambitions.

“It has been so enjoyable, especially as this area of Snowdonia is right on my doorstep,” said Eleri, a former pupil at Ysgol Tryfan, Bangor.

“I am looking forward to staying on with the conservation section and continuing in a further apprenticeship role, having completed the Level 2 Diploma in Work-based Environmental Conservation with the college. 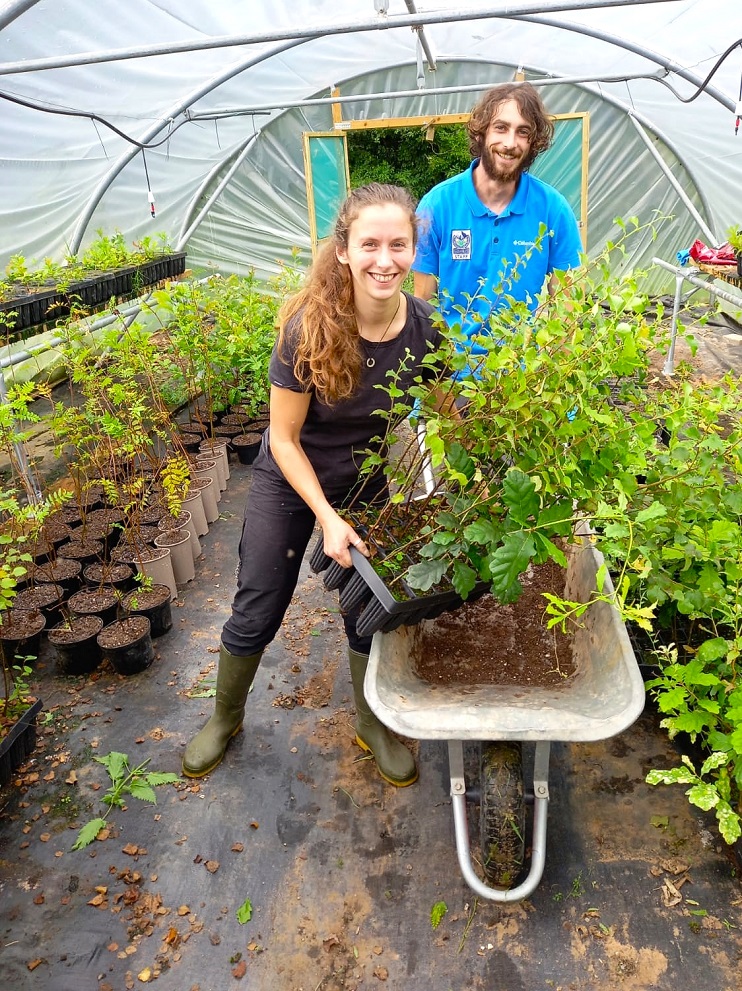 “Due to the pandemic the majority of academic learning has been online, but I have found it very interesting, and an opportunity to document my own personal journey and the progress we have made.”

As a toddler, Eleri took her first steps on Moel Faban, as her mum brought her there to learn to walk!

From that point on her love of the outdoors was here to stay, and now there is only one thing she wants to do with her career.

“Growing up in the village I always imagined I would be living elsewhere after leaving school, but there is nowhere more beautiful to carry out work like this and nowhere I would rather be,” she said.

“Conservation is important to me, and of course this part of the world is very special, but I am also planning on taking a forest school qualification so I can help to teach children more about their surroundings and the environment.” 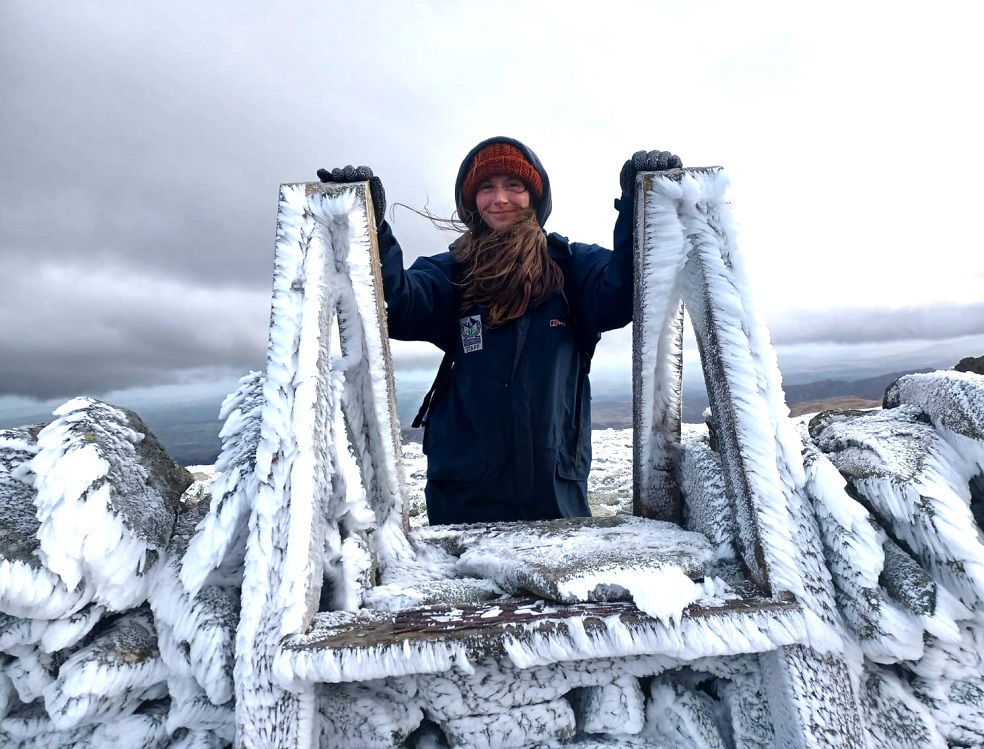 Reflecting on her Countryfile experience, Eleri added: “It was fantastic to be a part of the programme and quite exciting as I had to speak and was required to do some action shots with the presenter, showing them how to clear the gorse.

“The most important thing is it shone a light on this amazing project, which I’m proud to have been a part of.”

Cambria’s Work-based Learning Manager Kate Muddiman congratulated Eleri on her success and encouraged others to consider the option to “earn while you learn” on an apprenticeship.

“Eleri is a fantastic example of someone who is doing a job they love while balancing education and experience,” said Kate. 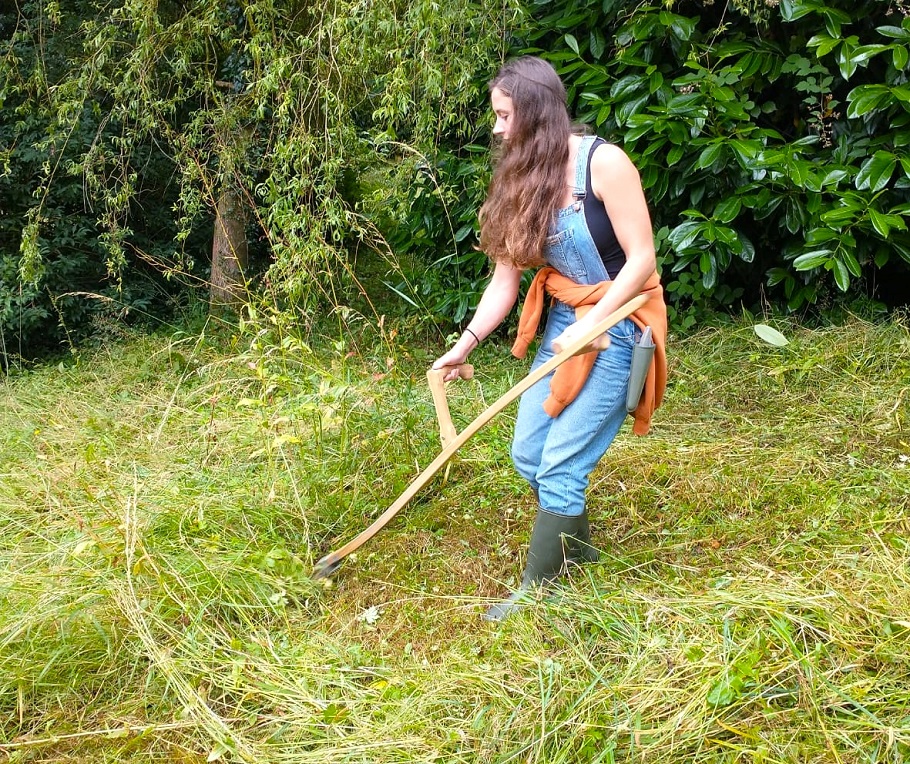 “She has done brilliantly well over the past year, and we wish her the best of luck for the future.”

Those words were echoed by Beca Roberts, Community Engagement Officer for Carneddau Landscape Partnership Scheme, who said: “Since starting with us last year Eleri has become an invaluable part of the Carneddau scheme team.

“Her duties have ranged from construction of a brand-new micro-nursery, to leading volunteer events, all done with confidence and professionalism.

“She’s willing to get stuck into any project with enthusiasm, to such an extent that she has been offered a role within the Snowdonia National Park Authority’s conservation team after finishing the apprenticeship.

“We’re so proud to see how far she’s come, and excited to see her career within the conservation sector develop.”