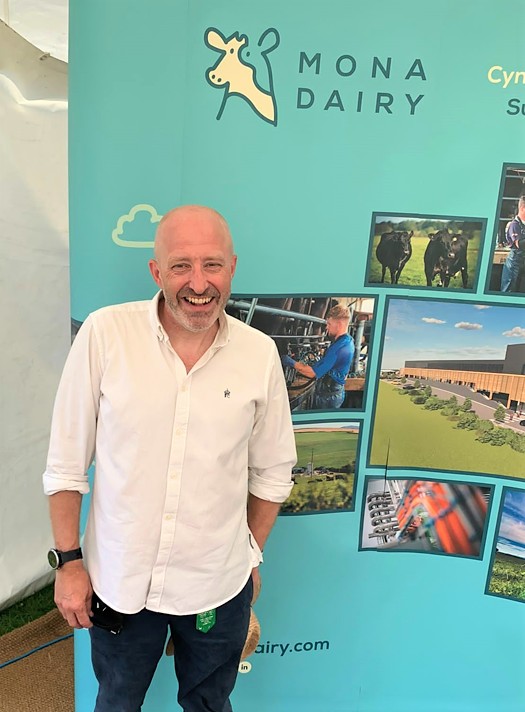 THE cream of dairy farming in Wales are signing-up to produce milk for a £20m cheese factory that will run entirely on renewable energy.

And given the growing appetite in the UK and internationally for its products, Mona Dairy is aiming to recruit more than 80 direct suppliers over the coming months.

Representatives from the Anglesey site – set to begin production in October – will be at the Royal Welsh Show in Builth Wells until Thursday. 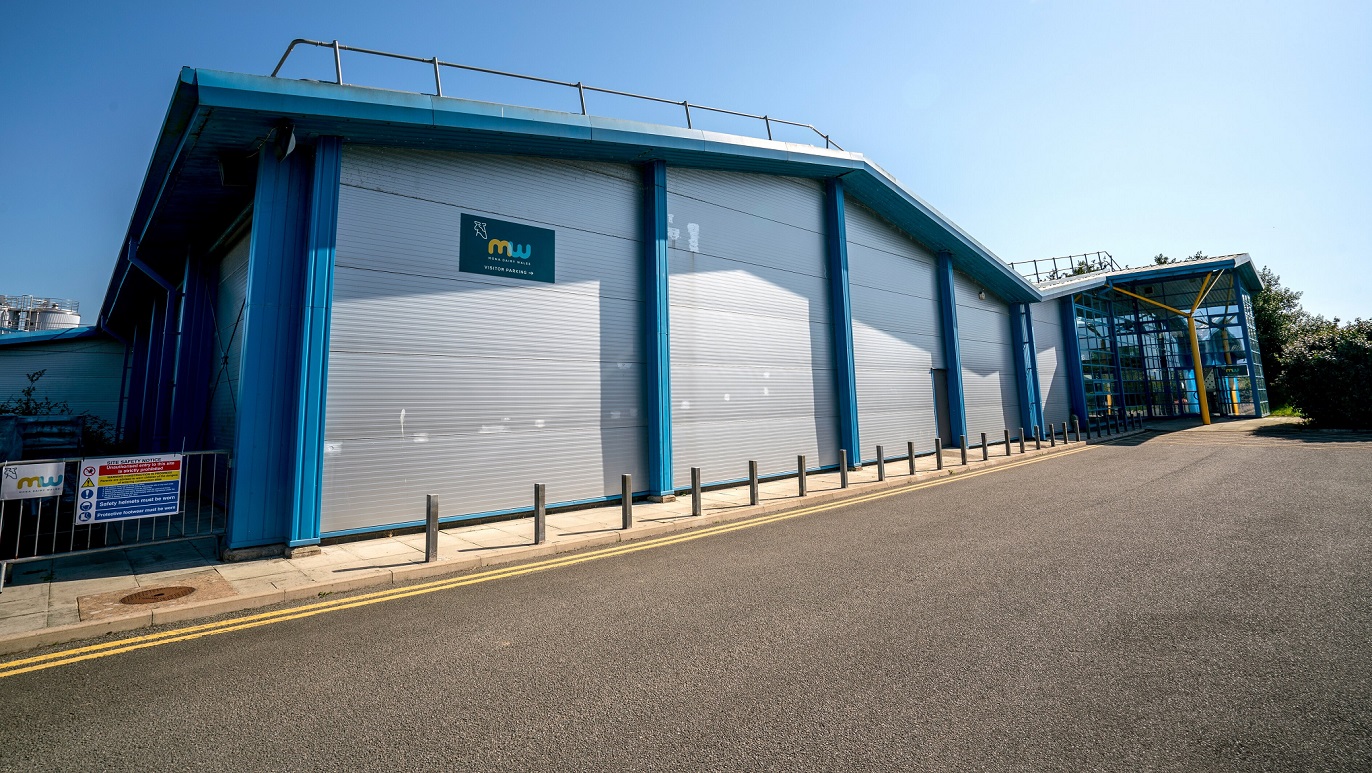 Commercial Manager Simon Offord said a huge rise in demand – they will need more than 9,000 litres for every ton of cheese manufactured – means they have had to double the number of farmers supplying milk to the 25,000 sq ft development.

Based on Mona Industrial Park and supported by a £3m grant from Welsh Government, he revealed there are plans to further expand the net-zero facility to manufacture Edam, Gouda, Cheddar, and a range of artisan cheeses. 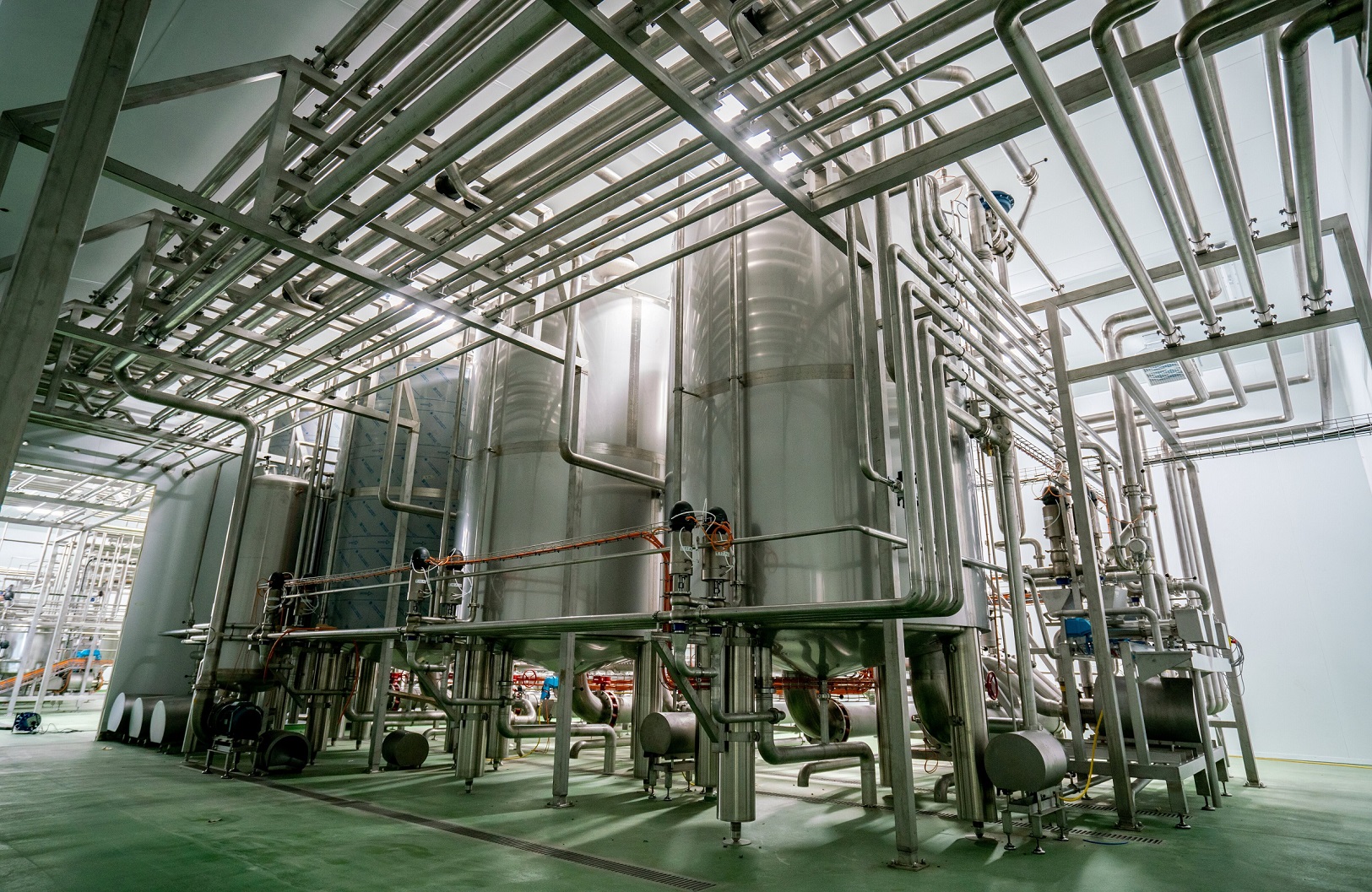 “We have received amazing feedback while here at the Show and encourage farmers who want to find out more to come and see us on Stand D357,” said Simon.

“There has been significant interest in the development of Mona Dairy and its net-zero capabilities, so we are here to discuss that, and partnership opportunities given the vast scale of the operation we will be unveiling this autumn.” 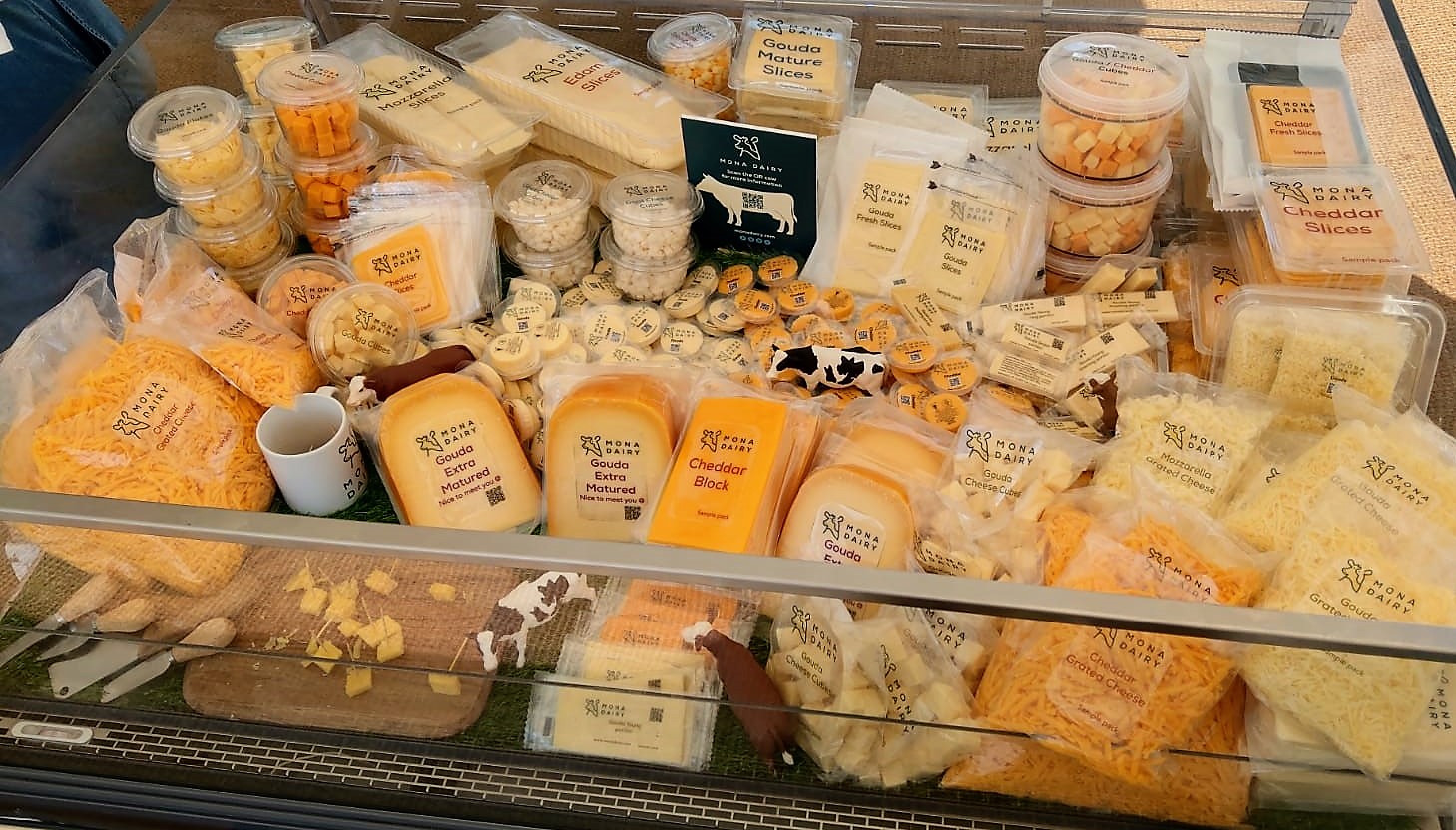 He added: “External pressures and challenges have faced all industries, from the pandemic to global issues, but we now have a fantastic team in place and are moving forward with big plans for the future.

“Having top quality direct milk suppliers on-board is key to those plans, and we have already secured deals with some of the region’s leading farmers, so we are absolutely delighted.” 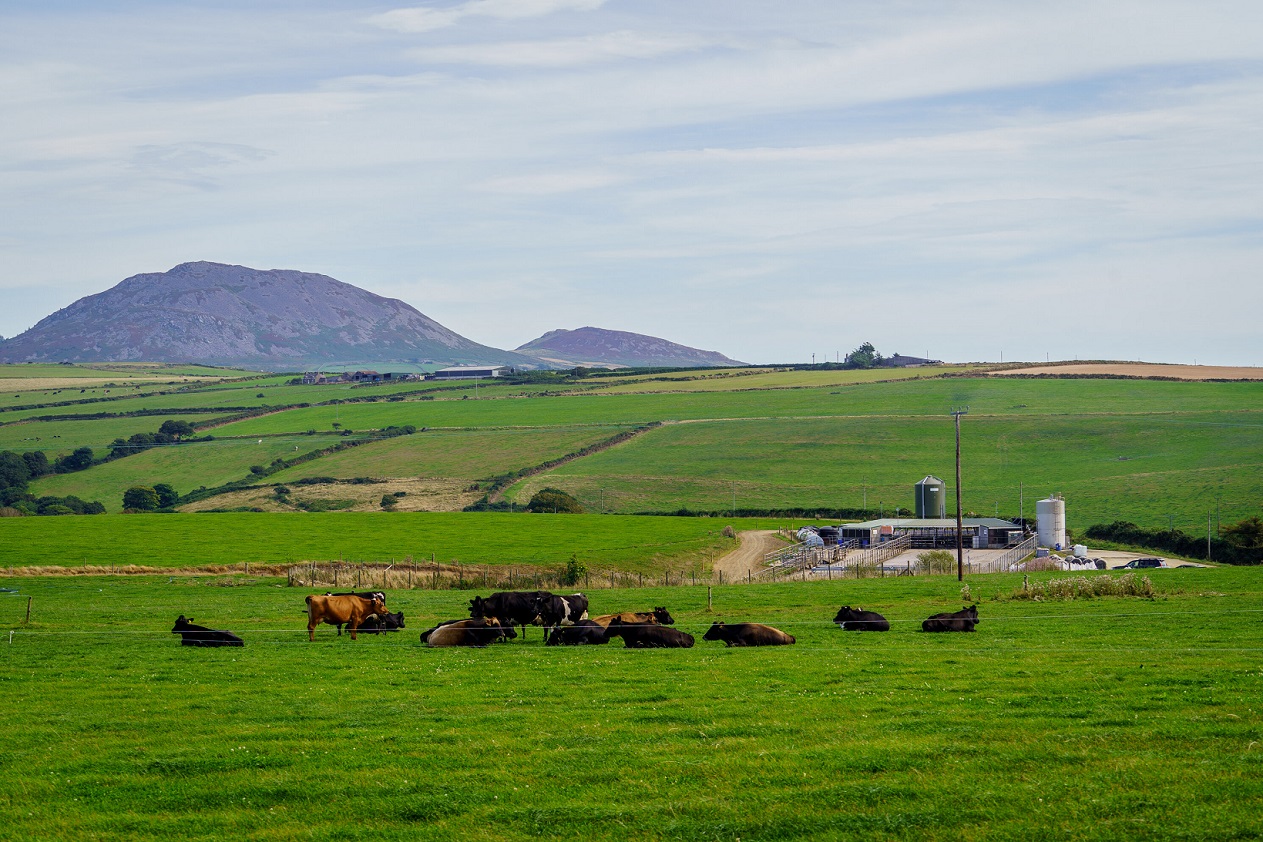 Supplier Relationship Manager Christopher Reynolds hopes to garner even more contracts in the days ahead.

“Being here at the Royal Welsh Show has given us a major boost and I’m sure during the rest of our time here we will continue to see farmers signing up to produce milk for Mona Dairy,” he said. 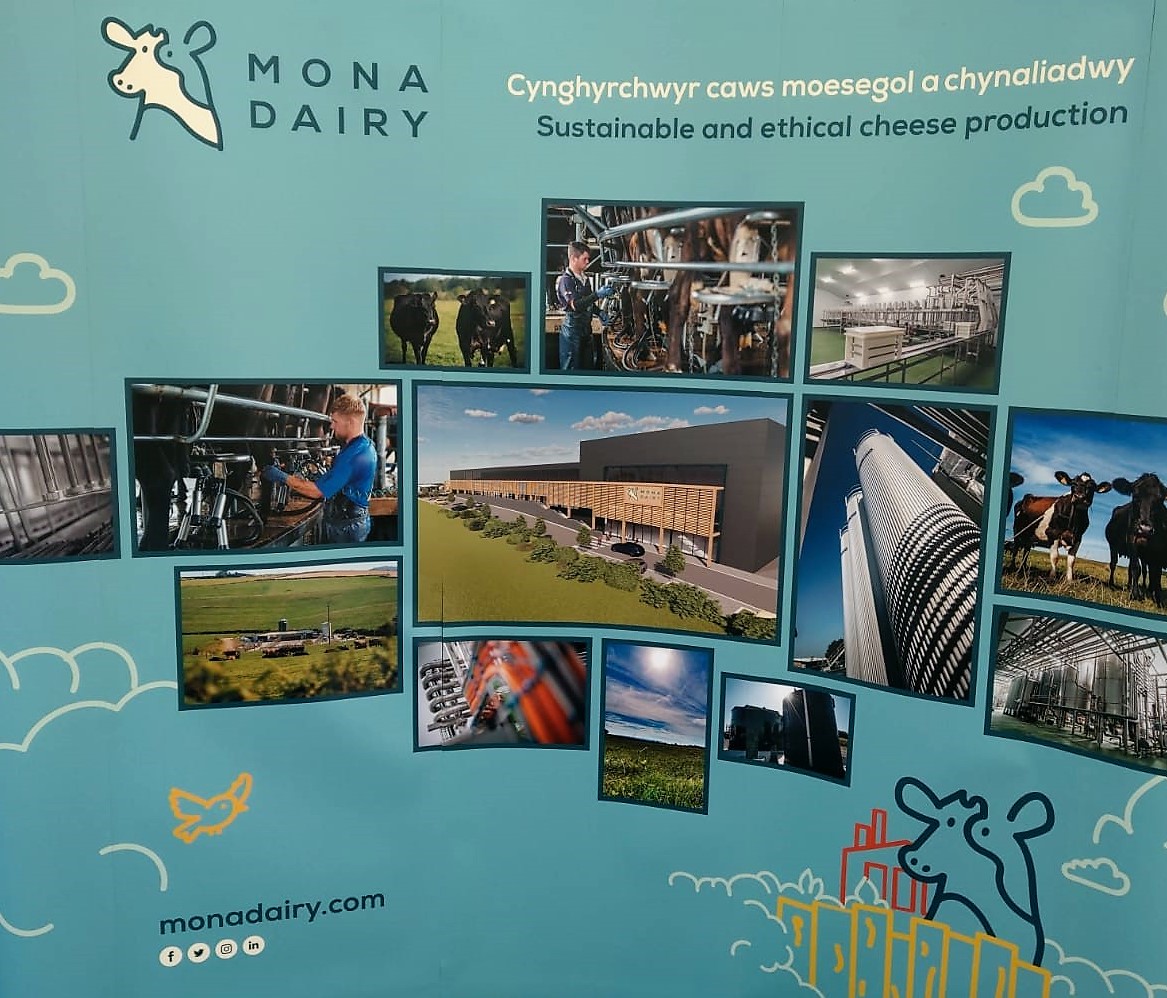 “It has been a marvellous celebration of agriculture and farming in Wales, and we have met some incredible people – thanks to everyone who has visited us so far, we look forward to working with you.”